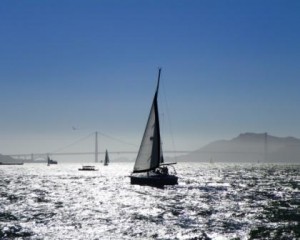 There are many diseases which have plagued mankind since the beginning of time.  For many of these, cures, preventive vaccines and effective avoidance techniques have been developed .  For others, the battle continues.

In 1983, I was working at Hollywood Memorial Park Cemetery in Hollywood, California when the first AIDS victim to be buried there arrived.  It was a frightening time as no one knew the cause of the disease or how it was spread.  The mortuary workers triple-gloved; those who filled the grave refused to walk over it.

In 1987, President Reagan declared AIDS to be “Public Health Enemy #1”.  Indeed, the annual U.S. death rate increased until 1995 when it peaked at 41,699.  Awareness, behavioral changes and medications have decreased this number to approximately 17,000, obviously still unacceptable.  New HIV infections stand at about 43,000 annually.

I’ve said all that to give us some perspective on the incidence of Prostate Cancer.  Currently, it is estimated that 217,000 U.S. men will receive a diagnosis of Prostate Cancer every year.  Due to lack of consistent annual testing, many of these will not be detected until they have metastasized (spread to other organs) and become life threatening.

Current estimates are that Prostate Cancer deaths in the U.S. this year will total between 28,000 and 34,000 – and rising.  We must start paying attention.

PCAP and Cars for Prostate Cancer are working hard to awaken men and those who love them to the importance of Prostate Cancer Awareness.  Annual testing – PSA blood test and DRE (Digital Rectal Examination) help assure that a cancer will not go undetected.

Your vehicle donation, whether it be boat or car, RV or motorhome, makes this awareness possible.