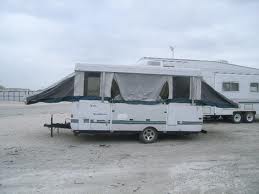 The battle to fight cancer can start with you donating your old recreational vehicle. RV donations can be made to fund cancer research in all 50 states easily.

Prostate cancer is the most common cancer death among men over 75 years old. The symptoms of cancer are often mistaken for prostate problems that occur naturally as a man ages. Previously, before testing, the symptoms would have to manifest before a patient would seek help. Now there is a blood test called a PSA that will screen for prostate cancer before symptoms even occur.

There is an overshadowing of cancers in favor of breast cancer awareness which is itself a very important cause. Breast cancer is often in the news and with good reason; the National Cancer Institute estimates that over 226,000 women will be diagnosed in 2012 of the disease. The National Cancer Institute estimates that the cases of prostrate cancer will top that at 240,000 men diagnosed potentially in 2012.

To help with the research needed to combat prostrate cancer, please consider RV donation. When donating a motor home, it does not have to be a running vehicle. It could have engine issues, or it could be damaged. Vehicles in any condition are a huge help in the fight against cancer.