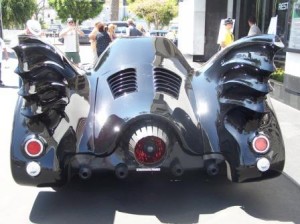 “Riddle Me This” – When a person decides that they want to battle Prostate Cancer, what can they do?  What message should they carry to the world?

As the Batmobile made Batman’s successes possible, your seemingly worthless vehicle, donated to Cars for Prostate Cancer, enables ours.

When a man receives a good PSA test or a good report after a DRE, he has reason to believe that he is, for now, safe from worrying about Prostate Cancer.  He has reason to smile.

As the Joker would say, “Let’s put a smile on that face”.